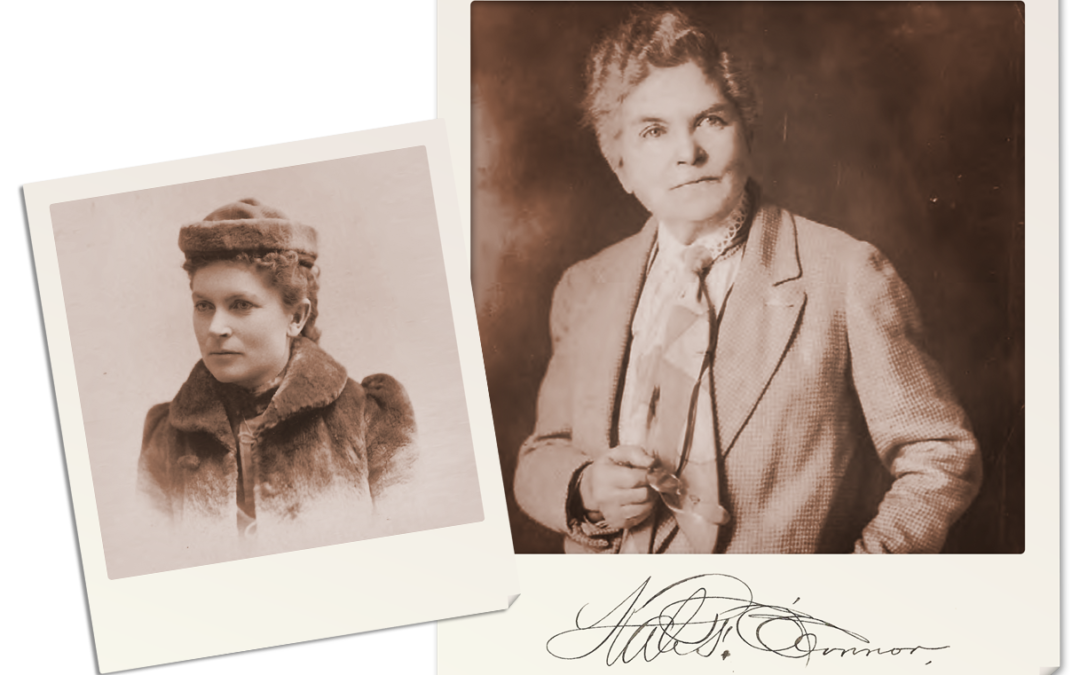 The
property, originally built for the Young Women’s Christian Association (YWCA),
opened in 1958. For the decades that followed, the location served as a vital
community center, providing safe, recreational resources, housing, and health
and family education to many generations of women and families. A refuge for
some and a community center for many, this property symbolizes the important
work of many generations who built community and fought for social reform.

In
honor of this history, Joseph James Partners has named the hotel after
Rockford’s own activist, Kate O’Connor. Born in Rockford in 1863, Kate F. O’Connor
was the youngest of eight children, a graduate of Rockford High School, and an
early supporter and member of Rockford’s YWCA, among many other community
organizations. Kate fought against social inequities, while advocating for
Rockford, the families who lived there, and the businesses that operated there.

“An
advocate, suffragist, businesswoman and community builder, Kate dedicated her
life’s work to helping and fighting for our community and the people who lived
and worked in it,” said Peter Provenzano, President of Joseph James Partners.
“Through Kate’s memory and in honor of her commitment to Rockford and
contributions to humanity, we hope to create a space that continues to build
community and connects people to one another fostering stronger associations.”

Hotel
Kate will offer European-inspired boutique lodging with comfortable and modern
amenities. Featuring 47 rooms; hospitality areas for business meetings and
private events; recreational areas that include a gym, pool, and fitness center;
and outdoor spaces offering a spacious and inviting garden and patio; the hotel
will be a destination for programming throughout the year. Locally-sourced food
offered in a fast casual environment will serve guests with unique, seasonal
menus. The hotel will also rely on energy-efficient features. Just footsteps
away from local businesses, retailers, and sports facilities, Hotel Kate will
have close proximity

and
walkability to downtown venues. Joseph James Properties has engaged the
services of IDM Hospitality Management to manage the hotel.

Joseph
James Partners has been working with various partners behind the scenes to
prepare for the property’s redevelopment as well as preserve the building’s
historic features. This $14 million project is expected to be completed and
open to the public in late summer 2020. Funding includes a combination of
traditional financing, historic tax credits, TIF, and sales tax credits. Construction
by WM. A.
Randolph will begin in January. Other hotel project partners include
Larson & Darby Group, Stillman Bank, Holcomb Bank, Hardin County Savings
Bank, Fehr Graham, Element Energy Consulting, and Strateligent.

In
honor of Hotel Kate and in the spirit of Kate’s work, Mr. & Mrs. Provenzano
also announced Hotel Kate’s support of two charitable contributions. The first
contribution supports The Women’s Suffrage Centennial
2020 Northern Illinois Celebration steering committee’s mosaic sculpture project
commissioned in celebration of the 100th anniversary of the 19th
amendment. One of the figures represented in the sculpture will be Kate
O’Connor in honor of her pioneering contributions to the women’s suffrage
movement. On behalf of Hotel Kate, Mr. and Mrs. Provenzano announced a donation
of $5,000 towards the group’s fundraising efforts. Additionally, they also
shared Hotel Kate’s support to the Rockford Public Library’s Career Online High
School, an online high school completion program for adults seeking to complete
their high school diploma. Hotel Kate has already supported a cohort of 5
students through a $7,500 contribution and will pledge to help fundraise and
recruit volunteers to raise $75,000 for fifty more students with the intention
of scaling this program to eventually 150 adult learners.

An
advocate on the local, state, and national stage, “Kate the Advocate” was
appointed to several important positions throughout her career, including Deputy
to the Winnebago County Clerk, member of the Board of Education, Vice Chairman
of the 12th Congressional District for the Illinois Democratic
Women’s Congressional Committee, Supervisor of the New Minimum Wage Law for Women
and Children in Illinois by Governor Horner, member of the Advisory Committee
of the Illinois Democratic Women’s Division, and Assistant to Thomas F.
O’Malley—Regional Director of the Federal Wage and Hour Division of the U.S. Department
of Labor. Not only recognized for her work to fight for fair wages for women
and children, she was also honored for her work in the national suffrage
movement.

A
passionate entrepreneur, she opened her own office in Rockford, providing services
related to business, probate law, government claims, and real estate. She was a
member of the first jury in Winnebago County to have both men and women serve
and started the Rockford Riding Club. Kate spent her time as a member of many
organizations, including the Hospital Association, the YWCA, the League of
Women Voters on both the state and national level, the Business &
Professional Woman’s Club, Girl Scouts, the Rockford High School Alumni
Association, the Winnebago County Home for the Aged, the Library Board, the
Illinois Women’s Press Association, and the first Chamber of Commerce.

Joseph James Partners
(JJP) was founded in 2005 as a result of President & CEO Peter Provenzano’s
passion for the Rockford, IL community. Joseph James Partners desires to create
an inviting sense of place and community through enhancement of the physical
environment and transformational projects in Rockford’s urban center. JJP’s
developments include a mix of residential and commercial properties serving a
variety of local businesses in the retail, restaurant, and entertainment
industries. For more information about JJP, please visit www.josephjamespartners.com.

IDM Hospitality Management enriches
communities by helping independent, boutique hotels deliver authentic and
distinctive experiences that are personalized to each guest’s needs. We guide
hotels to deliver the right mix of services, spaces, products, and
relationships to earn the loyalty of travelers, and cement themselves as both a
gathering place and point of pride for locals. To learn more about IDM
Hospitality Management, its portfolio, and its services, visit https://www.idmhospitality.com